Get to know inspiring and success stories from Filipino Nurses living in the Nordic Region.

Roman's Journey as an Icelandic Nurse

I am Roman Aquino, 30 years old and graduated Bachelor of Science in Nursing in the year 2011 at the Medical Colleges of Northern Philippines – Tuguegarao City. I took the Nursing board exam on the month of June at the same year and luckily nailed it. I then pursued my chosen career and God was just so good to me that I was hired to a secondary hospital in our city from September 2011 to December 2013. The salary was not that good but at least I was able to practice my profession. Two years after, I worked as a community nurse at the Department of Health Region II from January 2014 to November 2015. While working as a community nurse, I advanced my education and took up a Master of Science in Nursing major in Adult Health Nursing at the University of Saint Louis and graduated in the same year. Years fly so fast, and then I just woke up one day realizing that I am already packing my things for a greener pasture.

I started my journey as an Overseas Filipino Worker last December year 2015. Coming from a very family-oriented clan, it was really hard for me to be miles away from my family especially that my father was diagnosed with Chronic Renal Failure a year before I decided to go out of the country. It´s just so hard that while I am busy taking care of other people,  I can´t take care of my own father. Since we are financially broke due to my dad´s hemodialysis twice a week, my aunt way back then voluntarily sponsored me to have a student visa in Iceland since working visa is not as easy as it was. I then enrolled in Bachelor of Arts in English, was just so mesmerized that the University of Iceland approved my application but unfortunately they asked me to take IELTS since English is not my mother tongue. It was really hard as a rock to take the IELTS but with the help of Almighty God, I was able to pass it. Also, an intensive review from one of my precious friend who is an IELTS reviewer really helped a lot.

Starting my life being a student again was really exciting yet full of challenges. First, I needed to wake up early with the very freezing weather and I needed to study and constantly pray because of the condition that if I fail my studies, I have to come back in the Philippines out of nothing. In addition, I also need to work for me to sustain my daily expenses at the same time send money to the Philippines which is the very reason why I accepted this life´s journey. I worked in one of the hotels in the city for the meantime since that´s one of the easiest jobs to get with. And the obstacles did not end there. Due to cultural diversity, I needed to adjust so well that I have to get familiarized with their culture in order for me to cope up with the homesickness because it’s through gaining friends that I feel secure and feel like I am living in my home country.

After my first semester at the University of Iceland,  I opted to shift my course to Icelandic Diploma as A Second Language because this will be my greatest weapon to be an adept Icelandic Nurse in the future. After six months of squeaky-cleaning toilet bowls, I got an interview in one of the hospitals in Iceland. I then started working as an Assistant Nurse. When I was already in the medical field, I thought my life would be easier but then I was wrong. The battle has just started. My communication skills were challenged. I came to the point of giving up. There are many nights that I cried for longings that I should have just stayed in the Philippines. There are those days in my life that I feel like I am just so inexpert and unproductive nurse due to the language barrier. But quitting is not an option for that very moment in my life. In contrast, pursuing harder to achieve my goals is the least that I can do.

I always remind myself that there are a lot of people who would do everything to get to where I am so I need to be thankful. Thinking about my parents especially my dad also gave me strength. I prayed so hard that someday I will be one of those many Filipino nurses who is soaring high conquering their dreams. I then doubled my time to master the Icelandic Language. So, while studying at the university, I enrolled in tutorial classes which were taught during the evening. I learned to love every new word that I gained. Studying harder and my faith to God was my secret to success.

Days and months passed until I decided to take an Icelandic exam to prove my communication skills to the Icelandic Department of Health. With God´s help, I successfully got a certificate and was granted an Icelandic Nurse License last December 2016. I then started practising back my profession which I longed for almost a year.

Life as an Overseas Filipino Nurse is not that easy, especially in non-speaking English countries.  But if we want to achieve great things in life, we need to go through numerous challenges and we all have to make great sacrifices. Let us all be reminded of what Miss Universe 2019 has quoted that we should always think to look for the beauty in life´s challenges and to be grateful and should bring this aspect to see situations with a silver lining and to assess where we can give something, where we could provide something as a well-rounded nurse. And if we could also teach other people to be grateful, we could have an amazing world where negativity could not grow and foster.

Let’s continue to be a blessing and an inspiration to others. Study harder and never forget to pray. 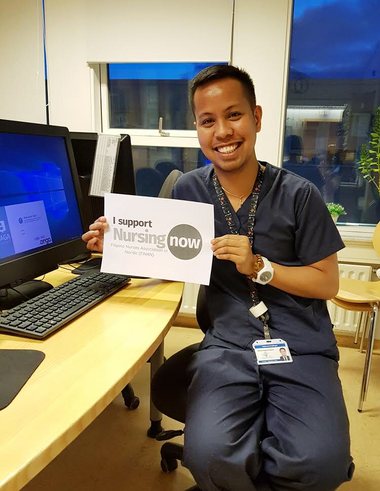 Roman Aquino is currently working as a Registered Nurse in one of the hospitals in Iceland. He is also an active board member of the Filipino Nurses Association-Nordic (FiNAN). 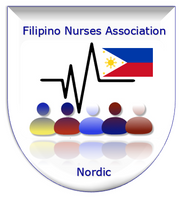 We are happy to serve you online.